Ella and Ede go to Budapest. Here are some of the sights mentioned in the book.

The Déli (South) Railroad Station in Budapest, where Ella arrived. This picture was taken in 1860, but the station would have been similar in 1905. Along the line serving Transdanubia, which included Nagykanzsa, the stations were all built to the same plans except for the one in Budapest. It was two such stations back to back.

The Chain Bridge in 1905. The bridge was first proposed by Count István Széchenyi in the first half of the 1800s.  Széchenyi wanted all people, including aristocrats, to pay a toll to cross the bridge, a radical idea at a time when the upper classes did not pay tolls or taxes. Notice the people walking on the bridge and the Parliament Building in the distance. 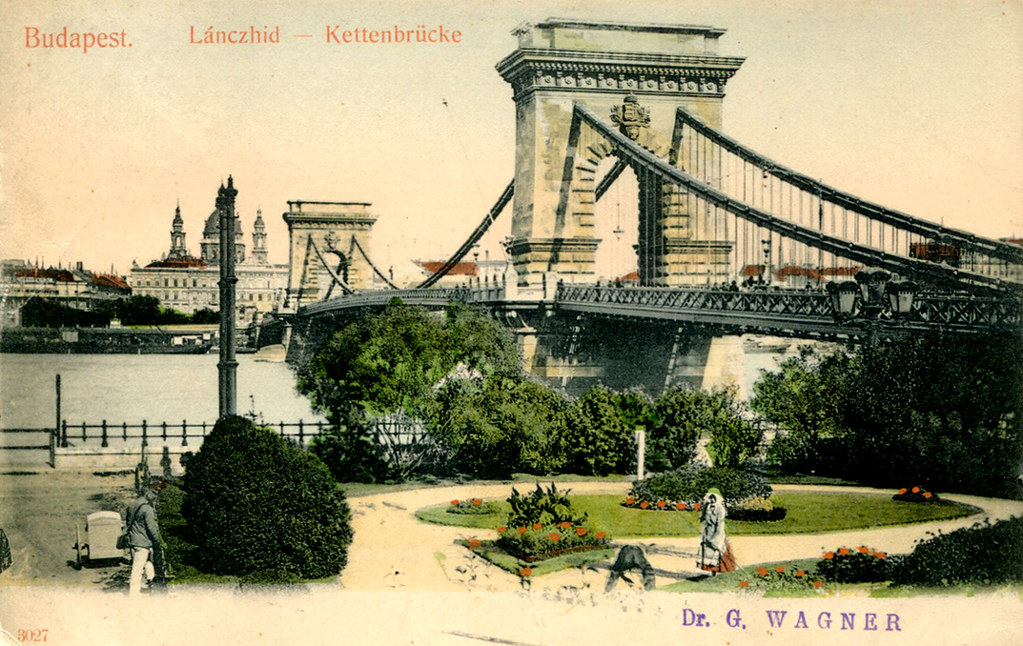 The Lions who guard the Chain Bridge supposedly have no tongues. At the time the bridge was built there was considerable discussion of this oversight. The sculpture, János Marschalkó, claimed that lions in the position of those he sculpted would not show their tongues and he took skeptics to the zoo to prove his point.

The Parliament Building was dedicated in 1896 in celebration of the 1000th anniversary of the founding of Hungary. An imposing building on the banks of the Danube, it is almost 1000 feet long and 500 feet wide. Its includes 10 courtyards, 13 passenger and freight elevators, 27 gates, 29 staircases and 691 rooms.

A cafe in Budapest, similar to the one in the story. The coffee houses of Budapest at the time of our story were an intellectual center. One could sit for hours over a cup of coffee and read newspapers and journals. Paper, pen, and ink were supplied, free of charge. Some writers found these shops so congenial that entire articles, stories, or chapters of books were written in their favorite cafe. Groups of journalists, artists, or writers would gather at a particular table in a particular coffeehouse using the establishment as a kind of club.

The crow on at the top of a gate at Buda Castle.  According to legend, when the king of Hungary died, soon-to-be-King Matthias’s mother summoned him by sending a raven with a ring. The bird flew from Transylvania to  Prague and when it arrived Matthias was crowned King of Hungary. Matthias adopted the bird as his heraldic animal and took the name Corvinus, which is Latin for raven, as his family name. King Matthias is a popular folk hero in Hungary.

The statue of the man and the horse near Buda Castle Ede and Ella saw in the chapter “Ede’s Answer.” The man is a Hungarian mounted herdsman, call a csikós, who is wearing traditional clothing of full-sleeved shirt, full-legged pants, and vest. Csikós, who live on the Great Hungarian Plain, are noted for their skill in training horses and are direct descendants, according to legend, of the original Hungarians. 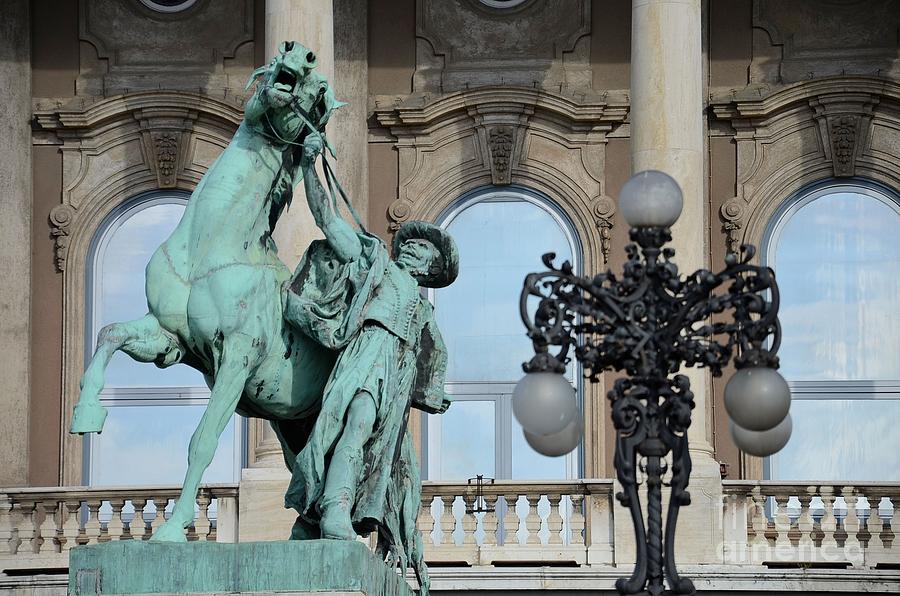