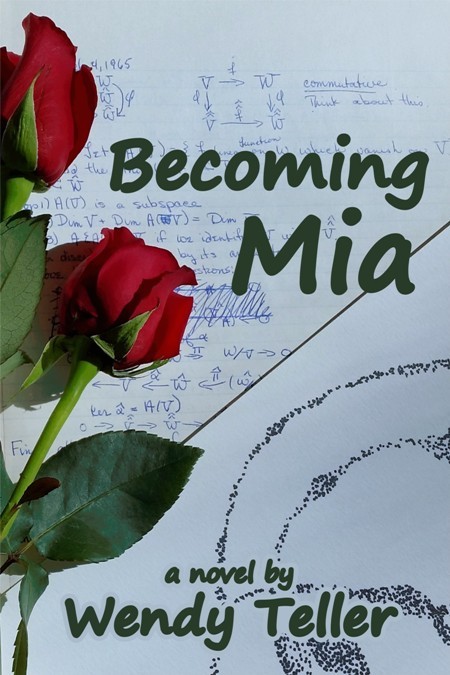 Today is release day. Becoming Mia is available at Amazon. I published Becoming Mia through Weyand Associates, the company my husband  and I own. It has been an education.

I decided to self publish rather than find a traditional publisher for a number of reasons, the most important being that this was a personal story, even though it was fiction. Joanna Penn has a good summary of the pros and cons of self publishing, for my friends who might be considering their options.

Deciding to self publish empowered me. I was not at the beck and call of some unknown agent or publisher and did not have to respond to what they thought might sell well. And it was a good thing I was empowered, because making the decision was the easy part. Now all I had to do was get the book edited, published, and marketed.

Lucky me, I have a secret weapon: my husband. He is the Einstein of grammar and punctuation. He went through my manuscript with a fine tooth comb, adding commas and paragraph breaks, catching inconsistencies, and convincing me small changes would make a big difference. If you don’t happen to have a magic husband around, you will probably need an editor.

Not only can my husband edit a book, he has also published a number of them through CreateSpace. If you are going that route for the first time you might want to look at his blog entry on CreateSpace.

He designed the cover. Actually, he designed three covers before we had one we thought was appropriate.

He managed all the minutia of the interior of the book: credits for quoted passages, line spacing, fonts for the text and the page headers, squaring pages, and I don’t know what else. He was meticulous.

Having done all that, we also had marketing to do. I created a web site, WendyTeller.com with information about the book, background notes, and topics for book club discussions. We made up cards with the book cover and blurb to pass out. I assembled a set of lists to email. I wrote a press release and sent it out to various organizations. And I still need to ask people for book reviews. This blog entry is part of the marketing effort.

I have learned a lot and have enjoyed the experience.

Now I’m ready to get to my next project about my grandmother Ella, who translated Huckleberry Fin into Hungarian. 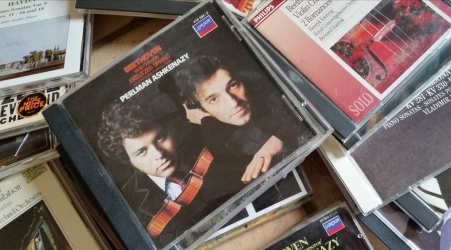 I bought a new car. My current ride is 10 years old and has traveled more than 95,000 miles. I make the 250-mile drive to Chicagoland several times a year and the thought of a breakdown in the middle of nowhere is daunting. Besides, inflation is heating up, so even though the car seems expensive now, it will be much more a year from now. So says my rational self.

But really, I lust after a quiet ride. I want to listen to classical music on my way to the Chicago suburbs. The truth is I have just paid a Bzillion dollars for a stereo-on-wheels.

My new ride has a USB port. I can load a memory stick with all the music I love, plug the memory stick in, and listen over the car’s speakers. I’ve spent hours ripping all my favorite CDs. As I go through the music, I think back to when I first got these albums, many of them first purchased on vinyl when I was in college. Back then I spent what seemed like a Bzillion dollars on a KLH system, complete with turn table and speakers. My brother, who had far more sophisticated ears than mine, didn’t think much of my purchase. He thought I should have spent a Gzillion dollars on something better. I claimed my little stereo was fine for me. My elder and wiser brother nicknamed my stereo Boris Good-Enough, also known as Boris. And so it was called through college, grad school, through my first several jobs, until sometime after my first child was born, when CD players were available.

There is an analogy here. My husband thought I really should have added all kinds of bells and whistles to my new car – self-parking, you’re-going-to-crash detection, seats that shake to wake you up. He would have had me spend a Gzillion dollars on a really fine vehicle.  I think my stereo-on-wheels is perfect for me, so I’m naming it Boris Good-Enough II, also known as Boris II.

The piano looks dignified from a distance. A little more than seven feet long, the sleek black grand takes up the back third of the book-lined room. But as you come nearer you see the milky white water stains on its lid. The black paint is worn away along the edges of the case, showing the original red-brown finish and beneath that the bare wood. A black smudge, impervious to all attempts to remove it, crouches in the corner of middle c.

It is an ancient piano. It was already more than a half century old when my father bought it in the 1930s. He considered the $200 he spent for it, a king’s ransom for a university professor during the depression, his best investment.

The piano moved along with the family from New York City to Washington, D.C., from Washington to Chicago to Los Alamos back to Chicago to Danville, California, and Berkeley and Stanford. In the early years of my parents’ marriage, the piano dominated the common space of their small homes. My mother named it The Monster.

I cannot remember a time when my father did not play The Monster. I heard Beethoven sonatas when I was in my mother’s womb. I took in Mozart, Shubert and Brahms as I suckled at my mother’s breast. As I grew up, the piano was a constant, its notes accompanying my playtime and my homework, melodies lulling me to sleep at night.

Some did not enjoy the music as much as I. One night, just after 10 p.m., the door bell interrupted my father’s playing. A young policeman, hat in hand, was at the door. He explained that there was a city ordinance forbidding loud noises after 10 at night and a neighbor had complained. I am not sure who was more embarrassed, the policeman or my father.

When my father died, three years after my mother, my brother and I had to find a home for The Monster. None of our kids wanted it and my brother had no interest. I could not bear to part with it. So I brought it home.

It took up a large part of our living room and looked so lonely, I decided to learn to play. When I found a piano teacher and started to practice, my husband renamed it the Loudenboomer and declared our retirement home would have a soundproof piano room. We retired, built the special room, and the Loudenboomer lives there now, surrounded by books.

There’s ice on our drive, so it’s a Winter House Arrest day.

Winter House Arrest isn’t bad. I get  things done which seem less important when the seductions of out and about call. Seductions like the grocery store.

What will I do today because I can’t go to the grocery store?

Top of the list is my very first blog entry, this entry.

If there is any time left after that, I’ll practice the piano, finish my novel, submit my flash fiction piece, and sew down the binding on the baby quilt for the tike born yesterday. Somewhere along the way I might also do the laundry and brush my teeth.

Maybe tomorrow will need to be another Winter House Arrest day.