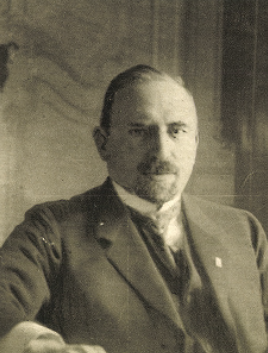 In my research for my next novel, I’ve found books and articles, many of them in Hungarian. I’ve become quite good at Google Translate. The information in Hungarian, until recently, has all been online, so copying and pasting it into Google Translate has not been that big a chore. But then I ran into Péter Ágoston, or, rather, his biography.

Péter Ágoston, or his roman à clef doppelgänger, will make a cameo appearance in my next novel, but in the following two novels, he and his wife will play important supporting roles. I want to know about him. One of my Hungarian advisors steered me to his biography. It is in Hungarian and was published in 2011. There is no ebook edition. It is only out in paperback and because it is still under copyright, no one has put an e-edition on line.

But I need to know what it says! Mr. Ágoston was my mother’s godfather. He played an important role in my mother’s life and, I am assuming, also in my grandmother’s life. That alone is reason enough to want to know more about him.

But there is more. His story is a metaphor for the turbulent and tragic Hungarian political changes following the end of World War I. He was a member of two of the socialist governments that took over after the Habsburg Empire collapsed.  He attempted to negotiate with the victors on behalf of the Hungarians. When those socialist governments fell to Admiral Horthy, he was arrested. After a lengthy trial on trumped up charges, he and several of his colleagues were condemned to death. This verdict became an international scandal. I have found articles about it in the New York Times, the Chicago papers, and in papers from all over the United States. I even found a discussion about it during a session of the British Parliament. The Soviet Union finally stepped in and traded several Hungarian prisoners it held for Ágoston and his fellow prisoners.

Ágoston’s story is dramatic and I will use it to showcase the chaos that followed the First World War in Hungary and how that chaos affected the lives of my main characters.

Back to the problem of finding out what this Hungarian book says. I could scan the book and OCR it. It would then be ready for Google Translate. Just thinking about this process tires me. It would take forever. It occurred to me that learning to read Hungarian might not take as long. And even if it took longer, then all those archives in Hungarian, which I thought were beyond my reach, would become available.

I’ve been at it a week by now and I’ve discovered all kinds of interesting things about Hungarian. For example, subjects and objects are indicated by suffixes. This means that a sentence’s word order can be changed without confusing whether it was the dog that bit the postman or the other way around. But altering the word order can be used to change the emphasis of the sentence. There’s a lot to learn!

But I am determined. And who knows? My next blog entry may be in Hungarian!